Every great song has a good prelude. And the song of GMCW could not have been written without first understanding the background and cultural context that motivated its birth. The LGBTQ+ choral movement began when a group of musicians considered forming a gay men’s chorus in San Francisco in the late ‘70s, as the gay civil rights movement grew. Auditions for this new, “out” chorus were held the evening of November 27, 1978, a day of grieving in San Francisco as earlier that day, an assassin’s bullets ended the lives of the city’s mayor and its first openly gay supervisor, Harvey Milk. And so, instead of an audition, the San Francisco Gay Men’s Chorus (SFGMC) ended up making their “debut” at an impromptu memorial service for the slain men on the steps of the City Hall. Their first concert was a month later, and two-and-a-half years later, SFGMC launched a national tour that brought them to the Kennedy Center in Washington, DC in 1981.

The Gay Men’s Chorus of Washington, DC (GMCW) was founded in 1981 following that performance by SFGMC at the Kennedy Center. The effort to form a chorus was led primarily by Marsha Pearson, a “straight” woman and friend of Washington’s gay community. Inspired by the courage and the music of SFGMC, Pearson distributed flyers announcing a meeting to organize a gay men’s chorus. That meeting occurred at the old Gay Community Center at 1469 Church Street NW on June 28, 1981 (the 12th anniversary of the Stonewall Riots.) 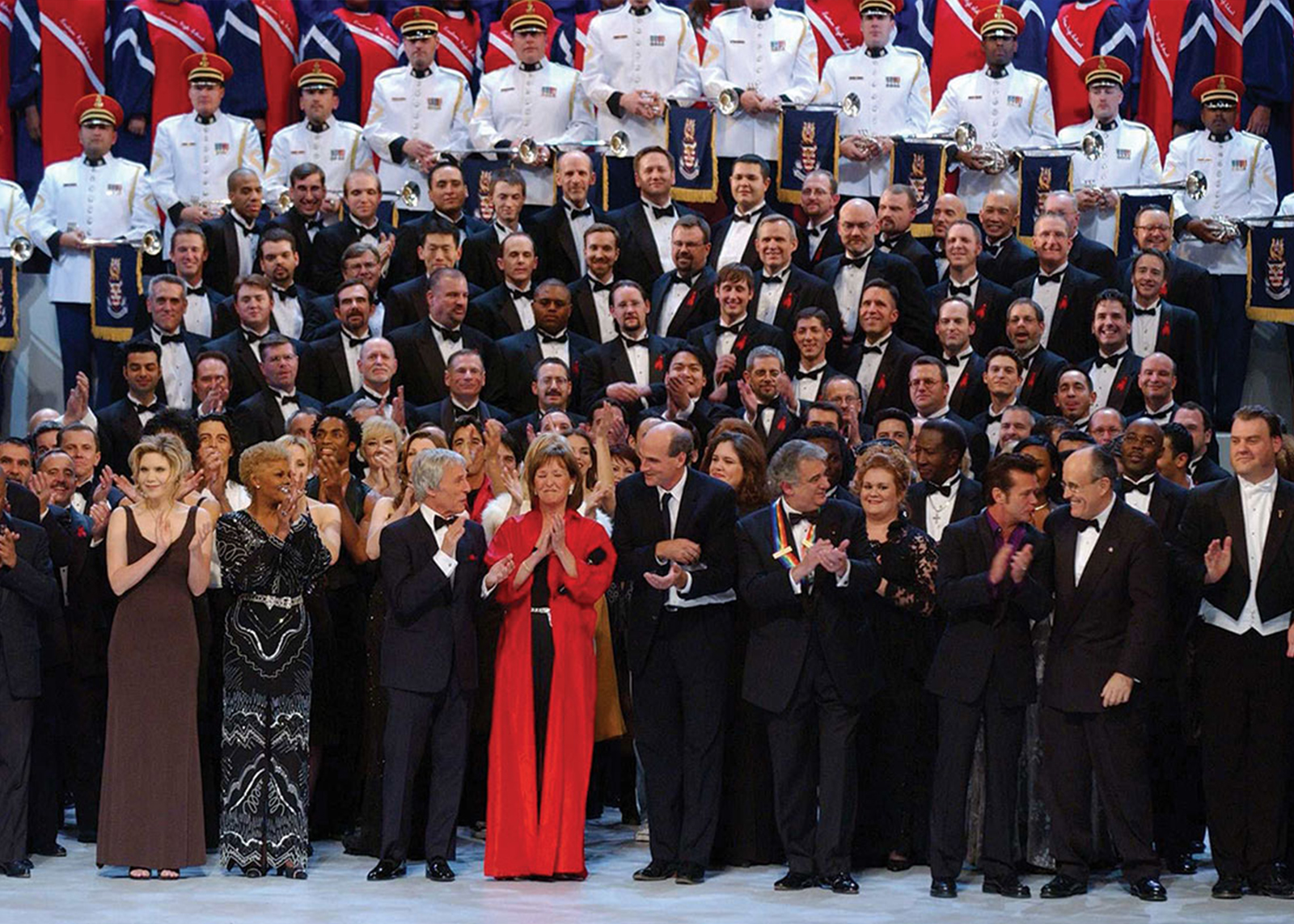 We're putting materials from our archives on our website. Check it out! 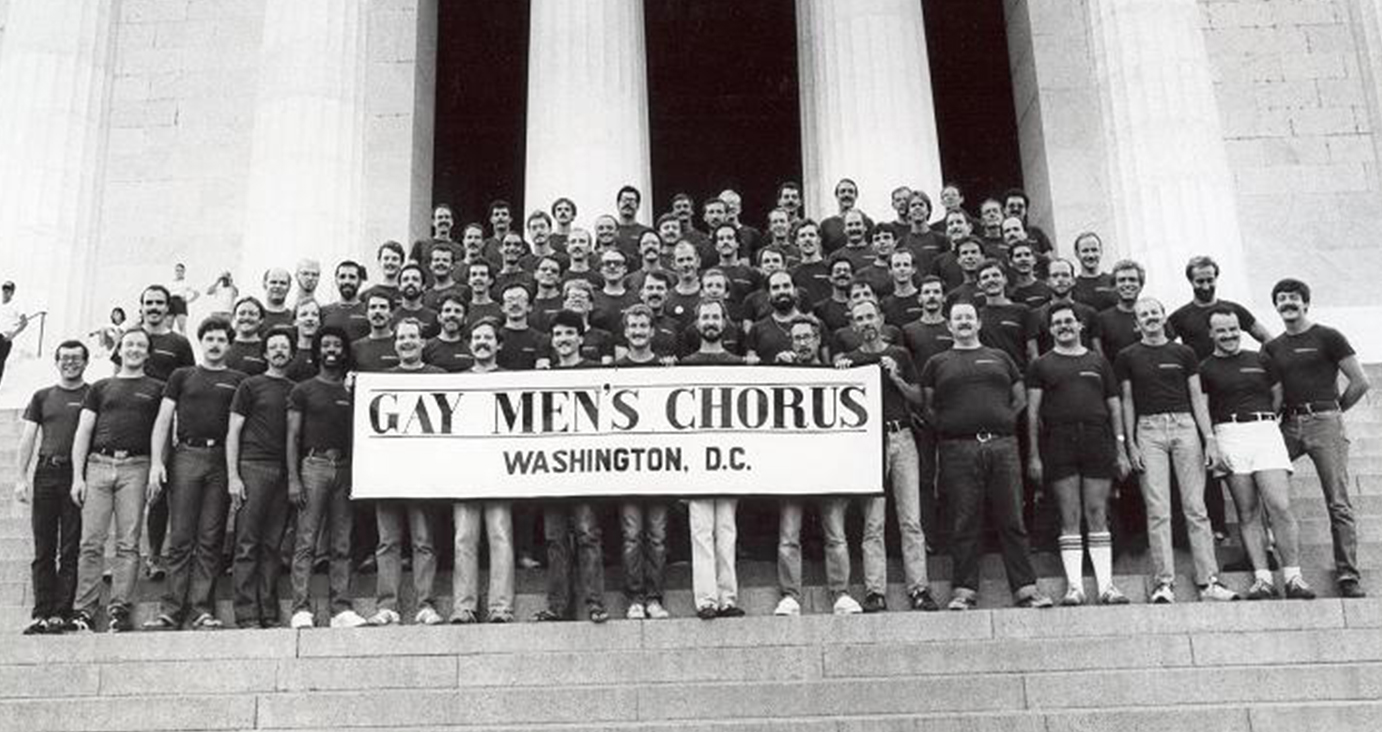 GMCW’s debut performance occurred on September 23, 1981 at a reception at the District Building to mark the opening of the National Gay Task Force’s Washington office (later the National LGBTQ Task Force.) At the invitation of DC Mayor Marion Barry, the Chorus performed a three-song set. Also that month, GMCW formed its 501(c)3 status. In October, the bylaws were passed, and in November, the first board of directors was elected.

With a new music director in place, GMCW spent the early weeks of 1982 preparing for its first full-length non-holiday concert. It fell to a founding member and volunteer business manager Duward Sumner to secure a venue for the debut concert. The task was not easy. Calls were made to local churches (due to budget limitations) only to be met with stunned silences, promises to “call back,” to outright responses of “No.” Eventually, St. Mark’s Episcopal Church on Capitol Hill agreed to serve as the venue for the concert. St. Mark’s had been a friend to the local gay community since it hosted meetings of the DC Mattachine Society as well as some of Washington’s earliest gay dance parties in the months following the Stonewall Riots. The debut concert was held on March 17, 1982 at St. Mark’s and was previewed by a Washington Post feature article. The 84 performers sang 13 selections, ranging in variety from “Rhythm of Life” from the musical Sweet Charity to more traditional songs like “Shenandoah” and “Battle Hymn of the Republic.”

Celebrating 40 years of raising our voices

In June 2019, GMCW performed live on national television on NBC-TV’s The Today Show as part of their coverage of the 50th anniversary of the Stonewall Riots. In June 2017, GMCW embarked on a Southern Equality Tour visiting six states in four days spreading a message of equality and inclusion for all. In May 2016, GMCW ensemble Potomac Fever traveled to Ukraine for an historic LGBT music and outreach tour. In July 2015, members of GMCW went on an historic first-ever tour by a gay chorus to Cuba. In June of 2012, Potomac Fever had the distinct honor of performing at a reception honoring rising LGBT leaders hosted by President Obama at The White House. 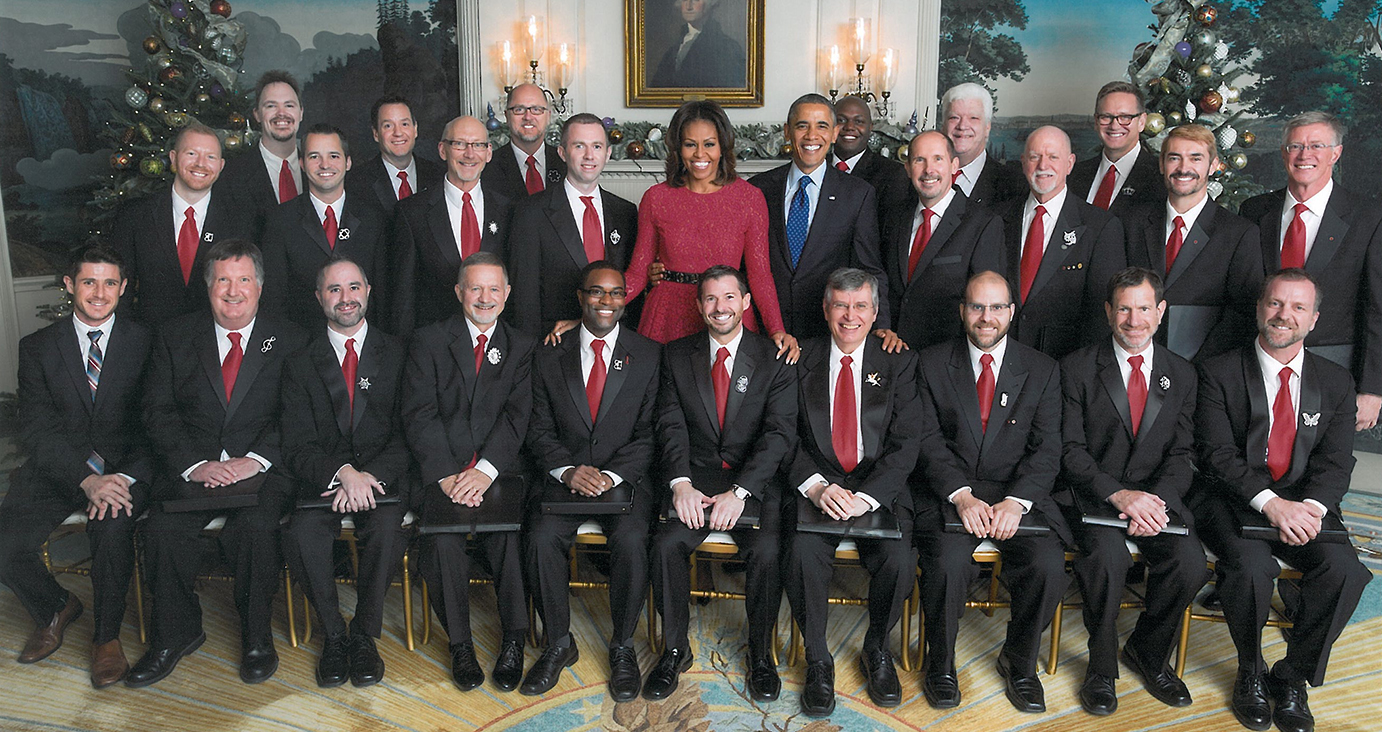 GMCW has performed for President and First Lady Obama, six consecutive years at President and Dr. Biden’s residence, at the historic Carnegie Library in honor of longtime gay rights activist Dr. Frank Kameny, at the first LGBT Pride Month at the White House, and as part of the concert We Are One: The Obama Inaugural Celebration at the Lincoln Memorial, for the 56th Presidential Inaugural. In 1997, GMCW performed for President Bill Clinton’s second inauguration. This was the first time a gay choral group was invited to participate in such a national event. During its 20th anniversary season, GMCW performed at Symphony Hall in Boston and Carnegie Hall in New York City. In December 2002, GMCW was honored to perform as part of the 25th annual Kennedy Center Honors in tribute to Elizabeth Taylor. GMCW returned to the Kennedy Center Honors in December 2010 to honor Jerry Herman alongside Carol Channing, Angela Lansbury, and Chita Rivera, among other Broadway luminaries. 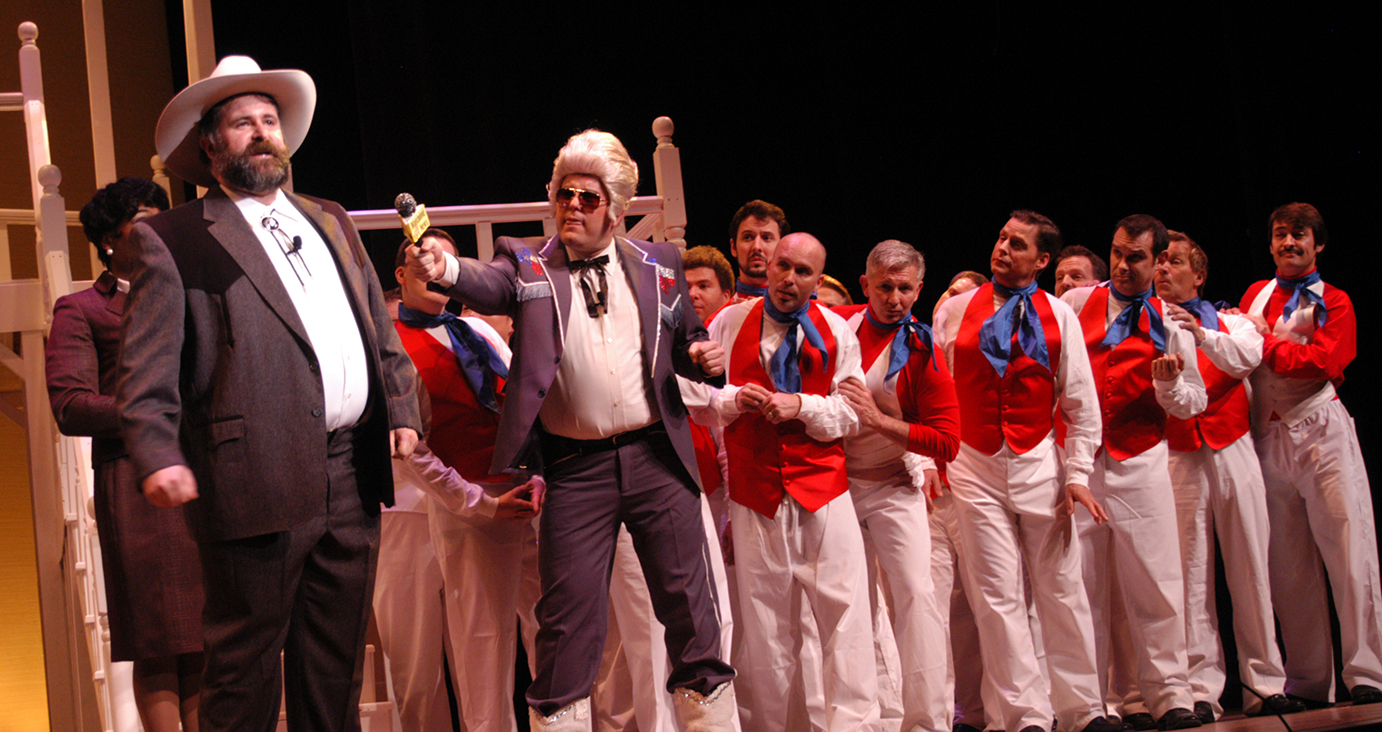 A Trip Down Memory Lane…

Would you like to look through past concert playbills? How about some performance clips from past performances? Well, look no further. We now have an entire online treasure trove of memories from our past. Just click below to see more. (And check back from time to time as we will continue to update.)

Since 2001, the Chorus has maintained a robust youth outreach program, GenOUT, that offers on-school-time programs, as well as free tickets to high school students, parents and teachers. In 2015, GMCW launched the GenOUT Chorus, the first LGBTQ youth chorus in the District area. The Chorus made its debut at the May 2015 concert Born This Way and has grown to include over 25 students from 16 area schools. The GenOUT Chorus has performed around the DC area, in Denver, CO at the GALA Choruses Festival, and at the White House.

The Chorus demonstrates its commitment to community outreach projects by participating in the Whitman Walker Walk to End HIV, an annual toy drive to benefit Community and Family Life Services, holiday caroling at the National Institute of Health, and volunteering at Food & Friends. GMCW is a proud member of the Gay and Lesbian Association of Choruses (GALA Choruses), Chorus America and the Cultural Alliance of Washington.

Wanna see more? Decades of historical documents and materials are available in the Special Collections division at the Gelman Library at George Washington University. The archive materials date from 1980 to 2013. The library is located at 2130 H Street NW in Washington, DC. To view any of the files, you can make an appointment by submitting a request online. At the moment, all materials are physical documents, but Gelman, working with the GMCW Historical Society, is creating digital archives. You can view the GMCW collection website HERE.