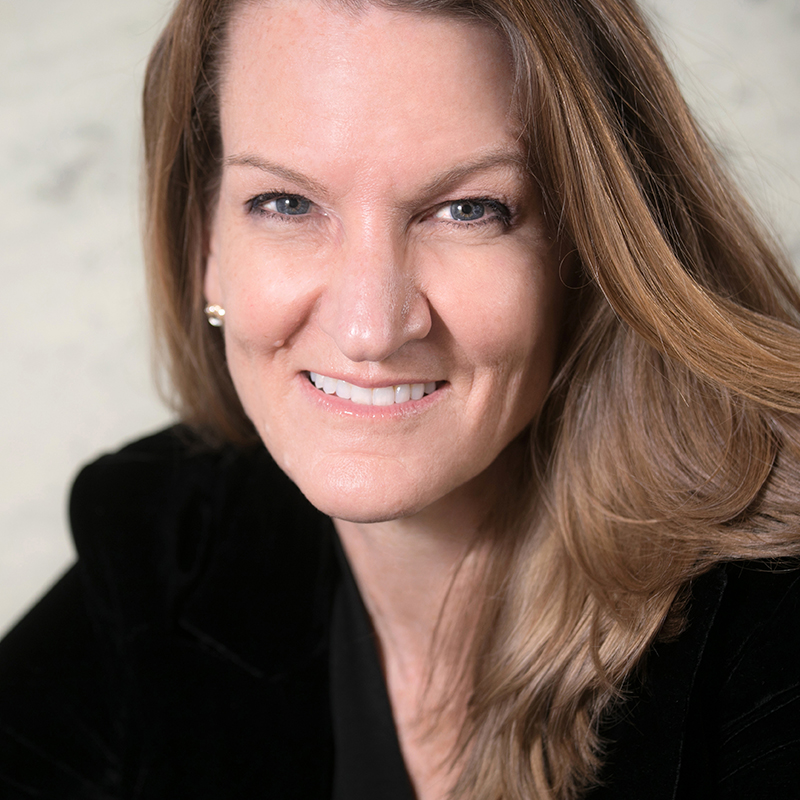 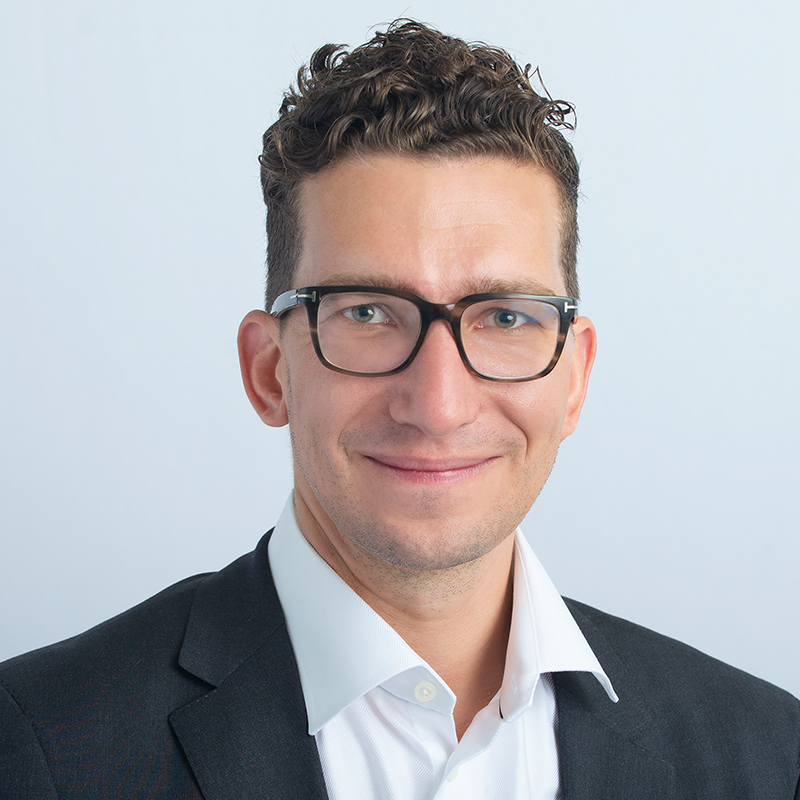 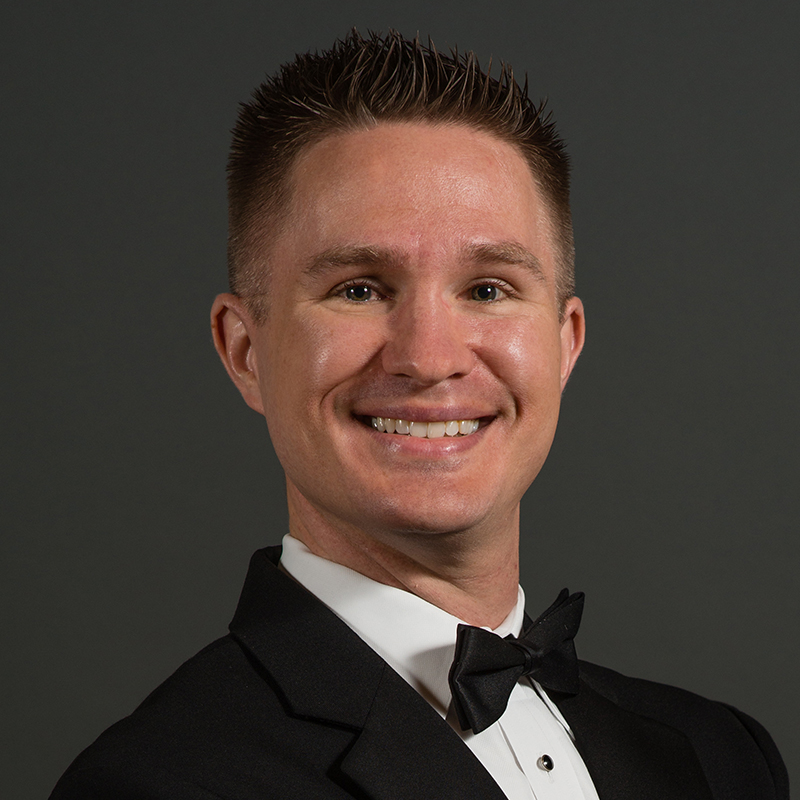 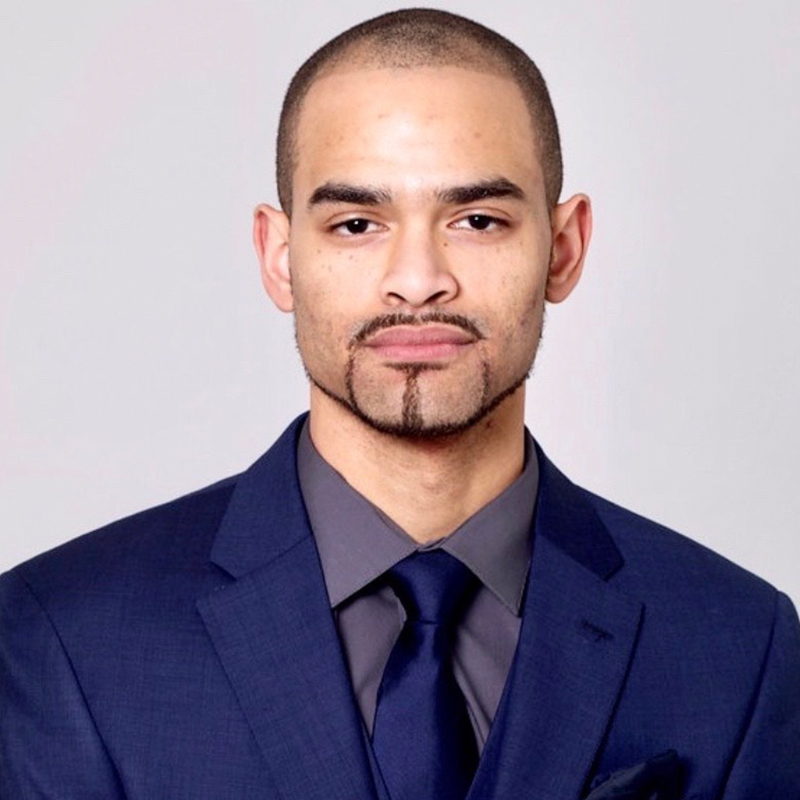 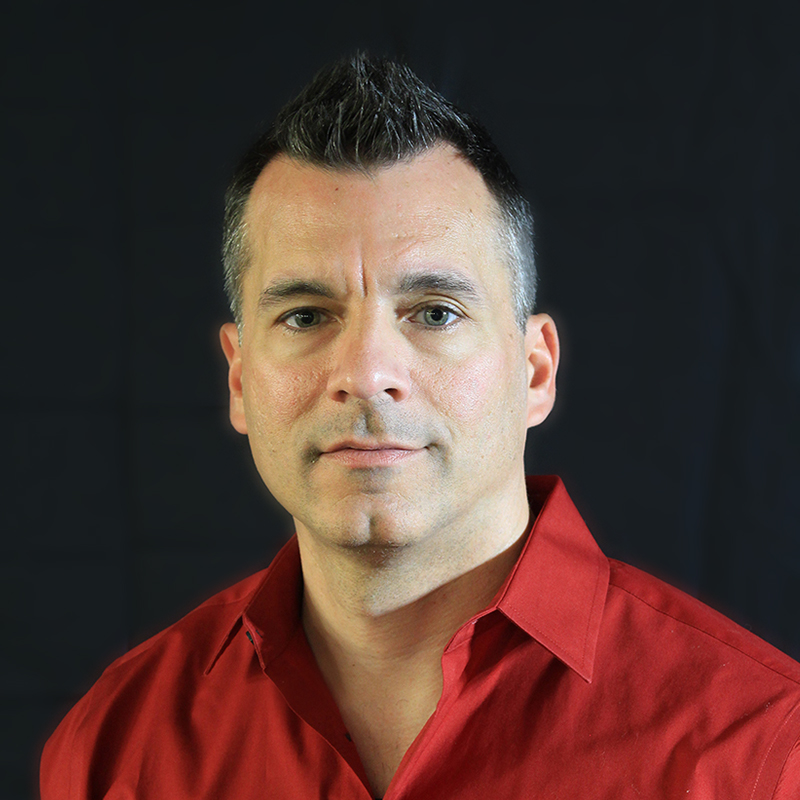 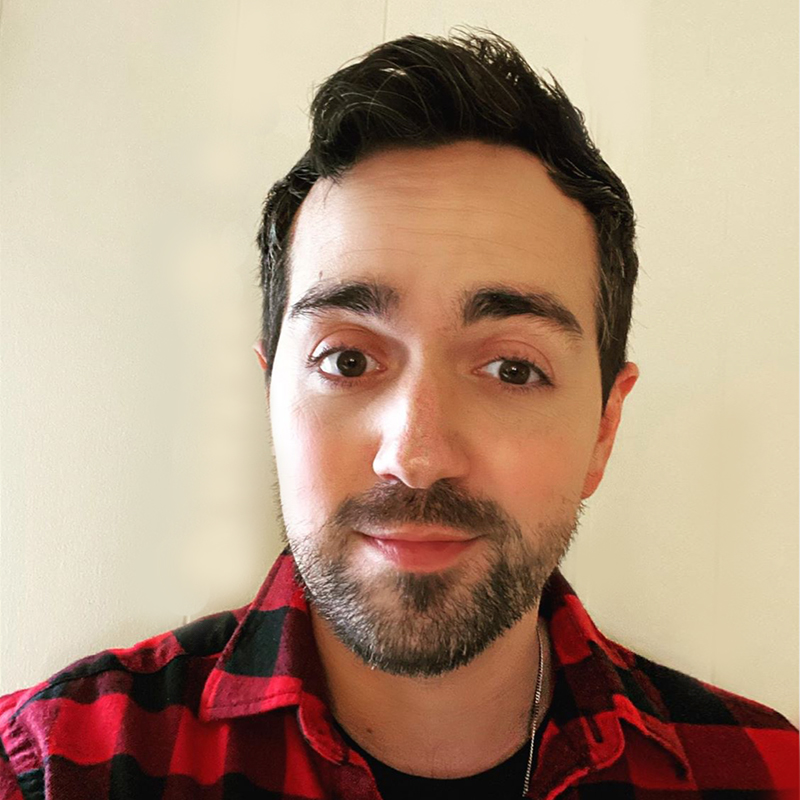 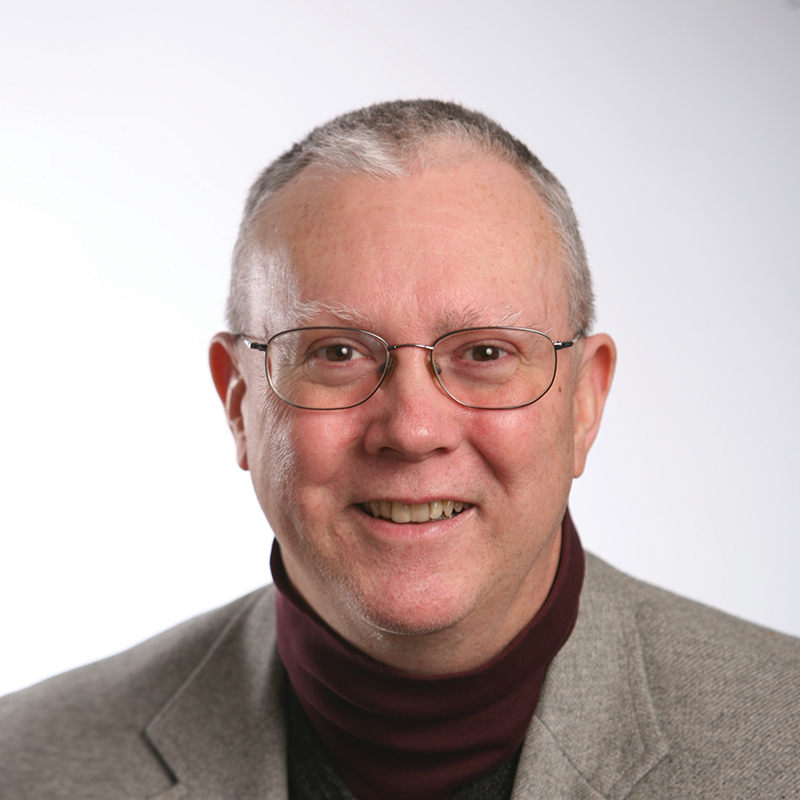 Jay Gilliam is the current Board Chair and committee co-chair for Diversity and Inclusion. He was previously Vice Chair of the Board and served as Vice President for Membership. Jay has also been a performing member of GMCW since 2007, singing with both Rock Creek Singers and now with Potomac Fever. In his professional life, Jay works in international development and human rights. He is currently the Engagement and Communications Advisor in USAID’s Education Office; he was also there from 2012-2016 when he served in the Obama administration. Jay also worked as the Director of HRC Global at the Human Rights Campaign and at the Aga Khan Foundation U.S.A. Jay grew up in Arlington, Texas before leaving the Lone Star state for Amherst College (aka the “Singing College”) in Massachusetts to get his BA in political science. While at Amherst, Jay sang in the four different groups: Glee Club, Madrigal Singers, Gospel choir and the a cappella Route 9. He did his graduate studies on a Rotary Fellowship, earning an MA in peace studies at International Christian University in Tokyo, Japan. 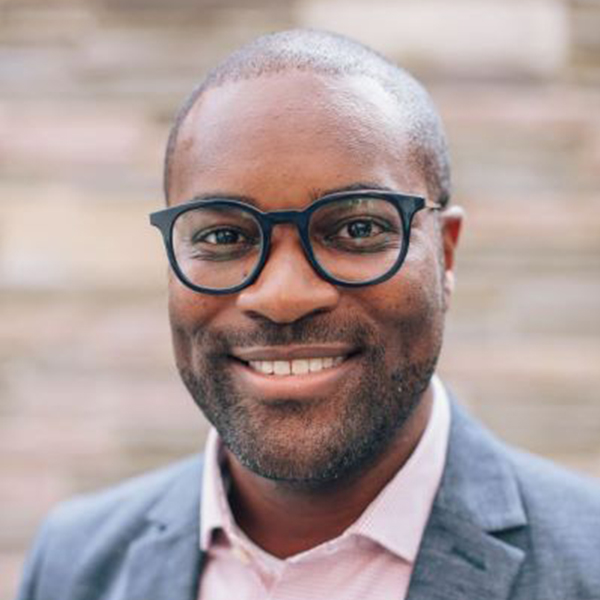 Nicole L. Streeter is a head attorney in the District of Columbia government, having held such positions for nearly eight years. She began her legal career as an Attorney General Honors Attorney with the Department of Justice.  She received her Bachelor of Science in Foreign Service from Georgetown University and her Juris Doctorate from the University of California at Berkeley. She is a Certified Public Manager and also received an Executive Certificate in Non-Profit Management from Georgetown University. In addition to serving as Vice Chair and Chair of the Development Committee for GMCW, Nicole also serves on the Board of Directors for Bright Beginnings Inc., for which she chairs the Governance Committee. Also, Nicole has extensive global volunteer experience, having participated in eight Habitat for Humanity International builds, six of which she led (Ghana, Thailand, Kenya, Malawi, India, Chile, Costa Rica, and Vietnam). She looks forward to when she can travel internationally again and lead another trip. In her free time, she is an avid wine student, having passed the Wine & Spirits Education Trust Level 2 exam and preparing for the Wine & Spirits Education Trust Level 3 exam. She is also an award-winning home winemaker and is currently aging several big bold red wines. 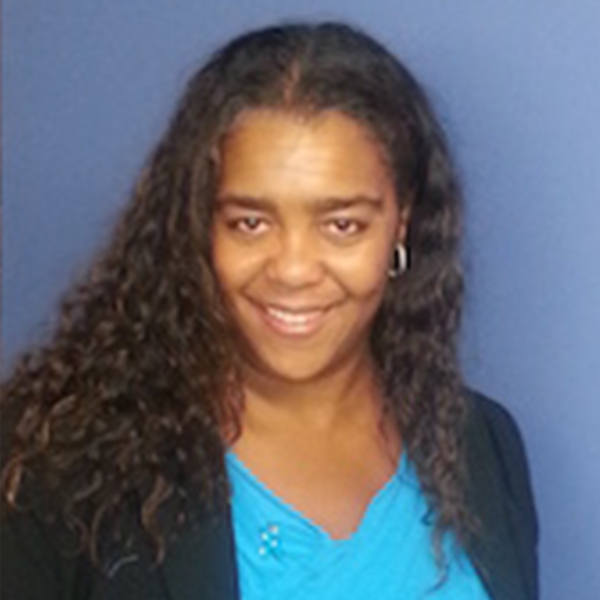 Jeb Stenhouse works at the EPA where he leads their efforts to reduce power plant air pollution to protect human health and the environment. He volunteers with Greater Greater Washington to promote sidewalks, bike lanes, frequent transit, affordable housing, and a city for all people.  He’s a singing member of our small ensemble Potomac Fever, and he met his beloved husband Mark by joining GMCW! 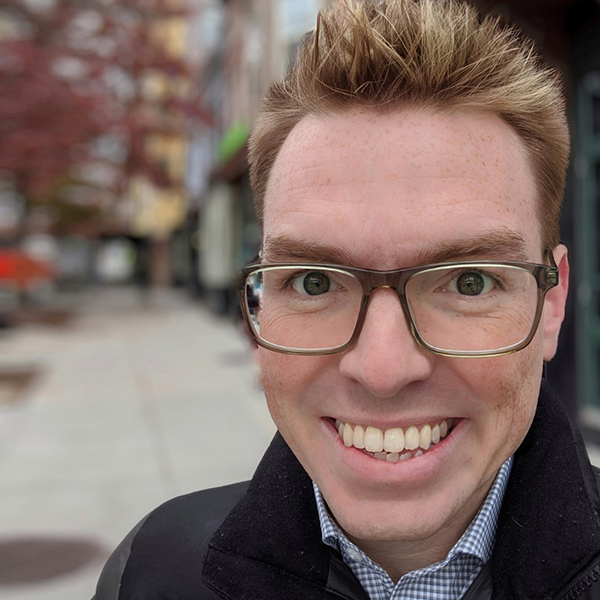 Born and raised in the “City Lincoln Loved,” Springfield, Illinois, Derrick Jones (he/him) is a Washington, D.C.-based jack of many trades: designer, event planner, stage manager, and communications, fundraising and social media guru. He believes that every organization and business has a story and has spent his career in Washington telling those stories. As the founder and creative director of Vine Street Creative, he has more than 25 years of experience helping share the stories of small businesses, political candidates, and non-profit organizations through traditional and digital marketing, special events, and fundraising campaigns and appeals. A member of the GMCW Board since 2015, he served as Marketing Chair for five years, is a four-time co-chair of the organization’s annual Spring Affair gala, and currently serves as GMCW’s corporate secretary. He graduated with a degree from the famed Drama Department at The Catholic University of America. 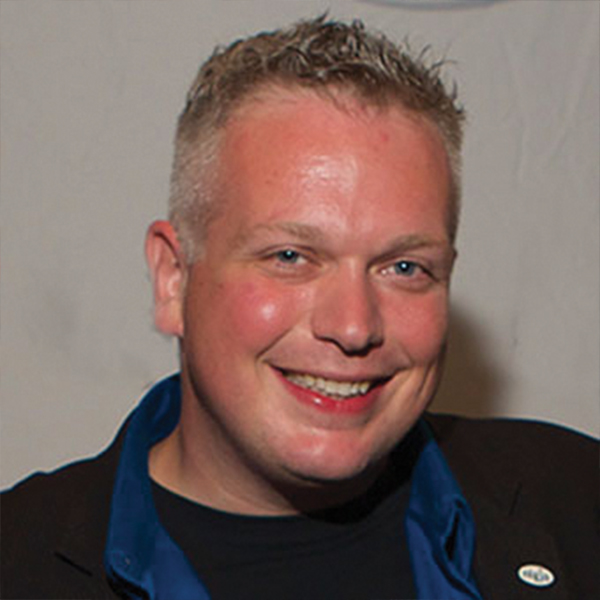 Sherri is a board-certified Ph.D. Medical Geneticist, certified Personal Fitness Trainer, and serial entrepreneur.  Her interest in choral music stems from her high school and college days singing in choruses, choir, and madrigal groups. She loved the music and the singing, but found her own talents sorely lacking. In the mid-1980’s she attended her first GMCW concert, a joint event with the San Francisco Gay Men’s Chorus. She was blown away, and soon thereafter became an annual season ticket holder with never a lapse to this day. She was honored to serve on the board of directors the past three years, and brings a dedication to the mission of GMCW, both the striving for artistic excellence and the commitment to social justice. She tries to lend her experience in not-for-profit board service, business entrepreneurship, and governance to the GMCW board of directors. She also enjoys envelope stuffing, occasional ushering, and pestering people to contribute auction items for Spring Affair. 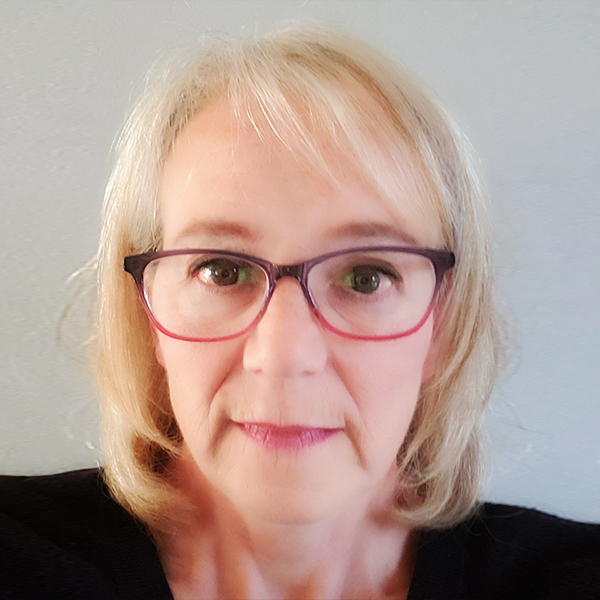 Michael Bigley is the Director of the Venable Foundation – the philanthropic arm of Venable LLP – awarding grants to nonprofit organizations in Baltimore, New York City, Los Angeles, San Francisco and the Washington, DC area. Previously, he served as Deputy Director of the DC Commission on the Arts and Humanities; Program Officer for arts and humanities, capacity building and HIV/AIDS with the Morris and Gwendolyn Cafritz Foundation; and Director of Education at Washington Performing Arts. He is the former Vice Chair and current steering committee member of the Washington AIDS Partnership, and serves on the board of Maryland Philanthropy Network. 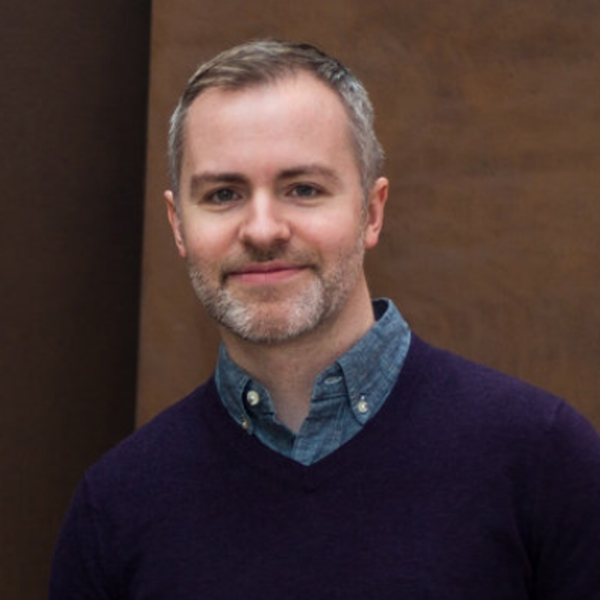 Dr. Ellzy has been affiliated with GMCW since 2010. He has served as singing member, dance captain, audition coordinator, choreographer and stage director. He was inducted into the Circle of Excellence in 2016. Other past board positions include the Northwestern Alumni Association from 2008 to 2010 and the Uniformed Services Academy of Family Physicians from 2013 to 2018 (including President 2017-2018). He currently serves on the board of directors for the American Academy of Family Physicians representing over 131,000 members. James earned his Bachelor of Arts in Computer Studies and Masters in Medical Informatics from Northwestern University. He was awarded his Medical Doctorate from East Tennessee State University’s James H. Quillen College of Medicine. Dr. Ellzy is a Fellow in the American Academy of Family Physicians. He has also earned his certification in Medical Quality from the American Board of Medical Quality. He continues to work for the Department of Defense as a family physician working in the field of medical informatics. He met his husband Franc O’Malley here, and they were married in 2013. 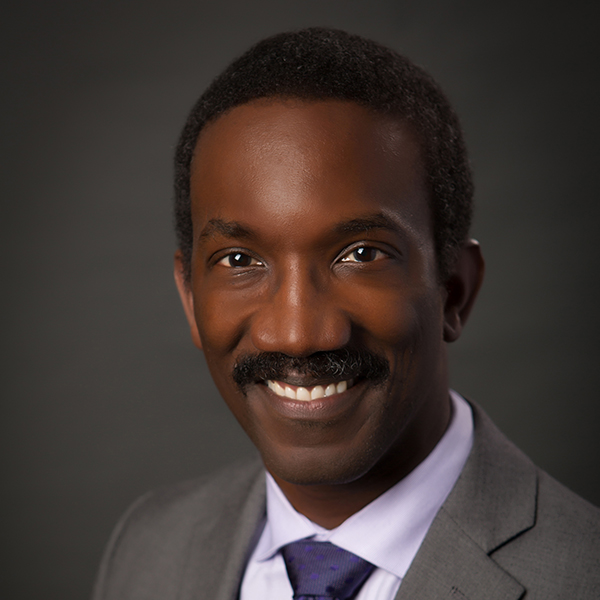 A native of the DC metro area, Rob spent the majority of his childhood in Northern Virginia in Fairfax County and has been an active GMCW singing member since September 2017. Rob is a management consultant who works with multinational clients in the areas of: organization design, human resources, talent development, change management and business transformation, culture assessment, communication, training and financial statement auditing. 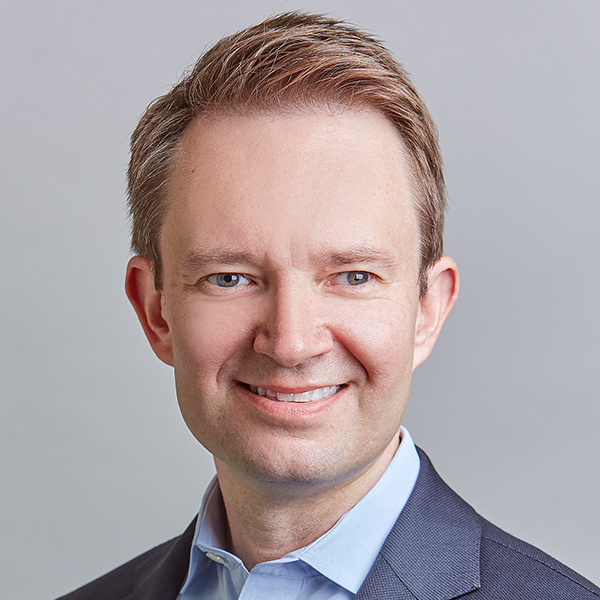 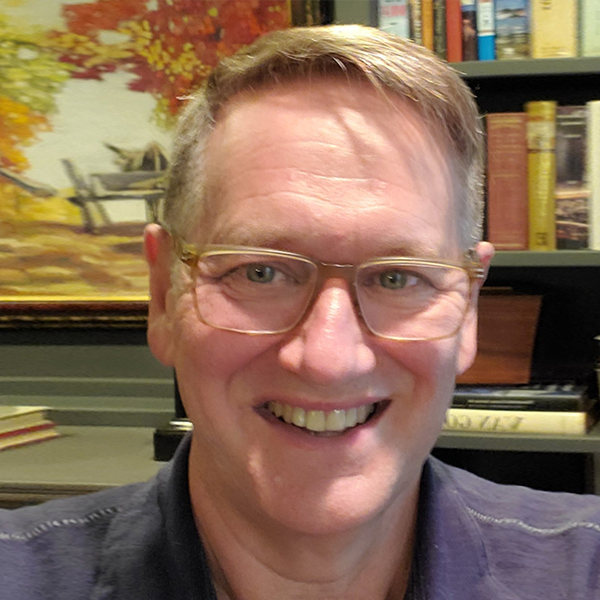 A farm boy from Iowa, Carroll gained valuable knowledge and skills as a cardiopulmonary technician while in the Navy as a Hospital Corpsman (1975 – 1982).  He spent two years at the Submarine Base, Groton, CT; and the last 5 years at Bethesda Naval Hospital.  He became employed at the National Institutes of Health, Bethesda campus, where he enjoyed a wide range of technical and administrative assignments until 2016.  Now he enjoys widely–varied travels around the world, having been to all seven continents!  In his spare time, he volunteers at Holy Cross Hospital, and enjoys serving on the GMCW Board!  A self-described “Broadway Diva,” he loves to go to New York City to see many musicals, plays, and performances.  He is a long-time attendee of performances by GMCW, and is happy and proud to be a member of the GMCW Board. 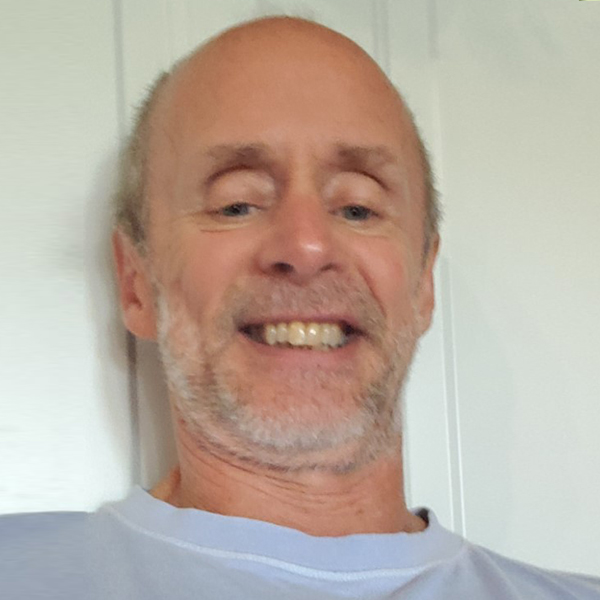 Eve Hill is one of the nation’s leading disability civil rights attorneys. She is a Partner at Brown, Goldstein & Levy and Inclusivity Strategic Consulting in Baltimore and DC, where she pursues high-impact civil rights litigation, advocacy, and consulting on a range of civil rights issues, including disability and LGBTQ+ rights. Eve comes originally from Maine and joined the GMCW Board to “give back” for all the joy and beauty the chorus’ singers and staff have brought to her life. 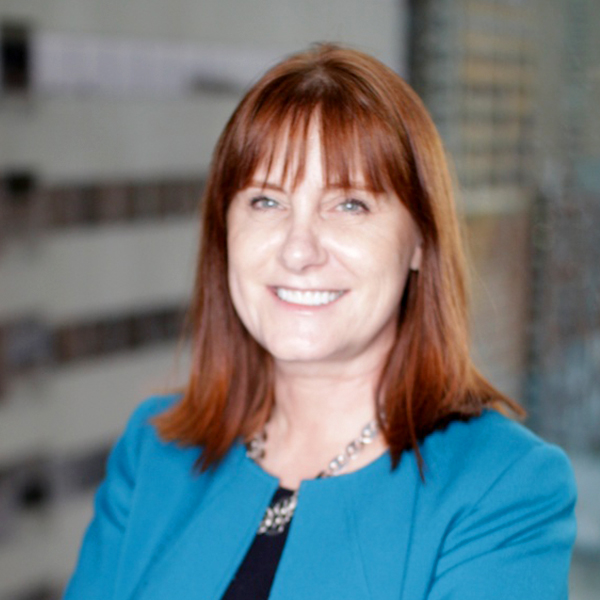 Raymond Hoffman, M.D., is Clinical Director of Discovery Health Mood and Anxiety Disorder Program and Center for Discovery in Crownsville, MD, and is a Training and Supervising Analyst at the Psychoanalytic Training Institute of the Contemporary Freudian Society in Washington, DC. He has served as the Medical Director of the Division of Mental Health and Substance Use at Anne Arundel Medical Center in Annapolis, MD from 2013-2021.  He connected with the gay and lesbian choral movement initially as a founding member of the River City Mixed Chorus in Omaha, NE, while a medical student, and is a current singing member of GMCW. 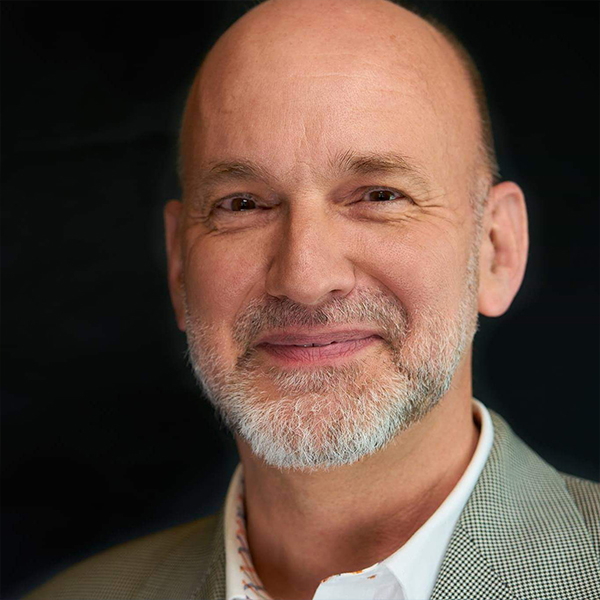 Michael has been a singing member of GMCW since 2002 and sings with the chorus’ small ensemble Rock Creek Singers. He is a retired Federal employee and enjoys music, travel, cooking, and reading. Michael serves as GMCW’s Outreach Manager, coordinating over 100 non-subscription performances each year for our small ensembles. Prior to his retirement, Michael was the Deputy Director of Data Delivery Services for the Internal Revenue Service. 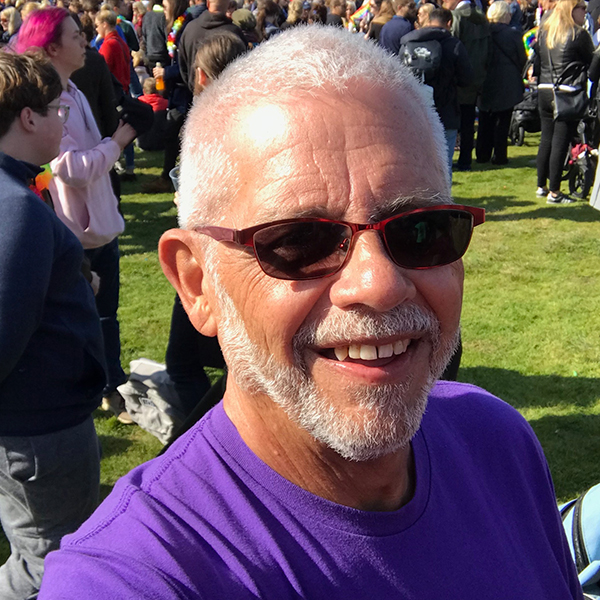 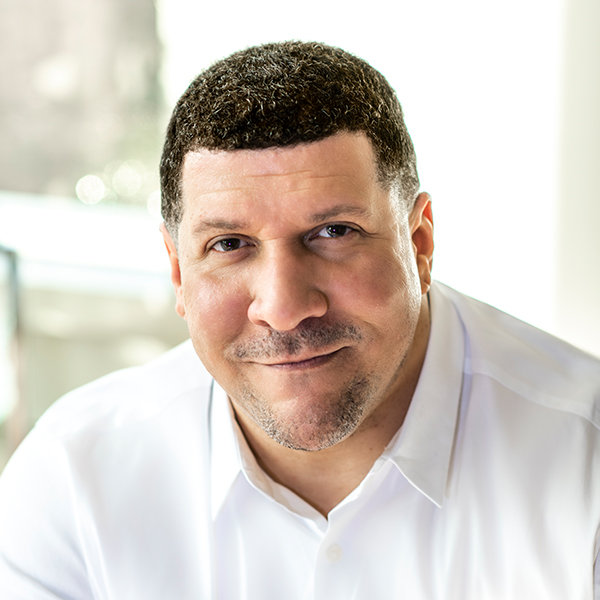 Originally from Buffalo, New York, Steve relocated to DC in 2002 to escape the poor economy and horrible winters. With a BA in Commercial Art and Communications he has been working in that field when a Macintosh was considered just a type of apple. Since the 2012 political cycle, he has been designing primarily for political candidates on local, state and presidential campaigns levels. There came a time his life that he wanted his work to have a purpose and hopefully change lives. At first it was with nonprofit organizations, health care advocacy groups and progressed into politics. Steve has lived in the Logan Circle neighborhood for over 15 years and watched it grow into a thriving community which he’s thrilled to be a part of. He has served on the Shaw Dog Park Association board of directors for over 10 years as President and Vice President and is active in the Logan Circle community. 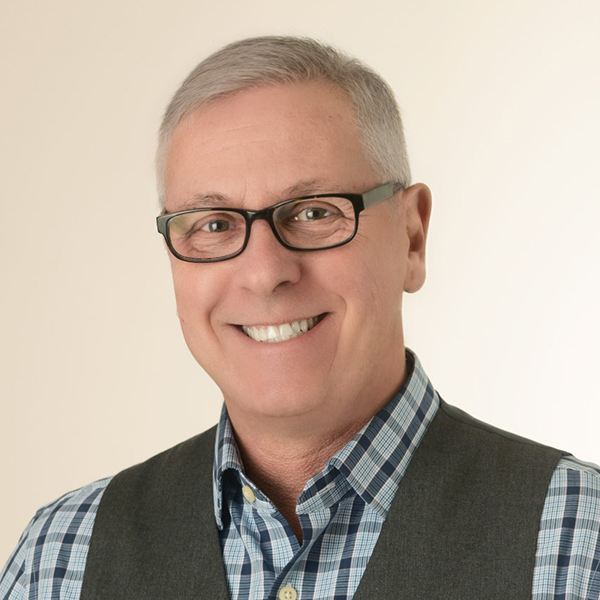 Jack Reiffer is a retired pastor and longtime singing member of GMCW, including our Rock Creek Singers ensemble. He served in earlier years as Chorus membership president, chair of Spring Affair, and chair of the board of. Currently, Jack serves as coordinator of the Chorus Care Corps and is pleased to be serving once again on the board as part of the committees for Diversity & Inclusion and Finance. 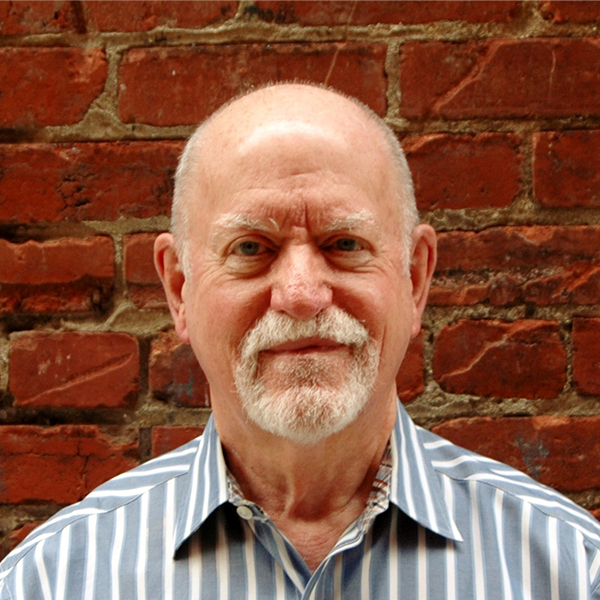 Mario Sengco (he/him/his) is currently serving his second year as Membership President of GMCW and ex officio member of the Board of Directors.  Now entering his 8th season in the Chorus, Mario sings Tenor 1 in the Chorus, has performed in GMCW fully-staged musicals including Von Trapped (2014) and Working (2019), and has proudly served as Chorus manager for the GenOUT Youth Chorus.  In his day job, Mario is a Physical Scientist in the Environmental Protection Agency’s Office of Water.  He received his B.S. in Marine Biology from Southampton College of Long Island University (NY), and his Ph.D. in Biological Oceanography from the Massachusetts Institute of Technology and the Woods Hole Oceanographic Institution (MA). 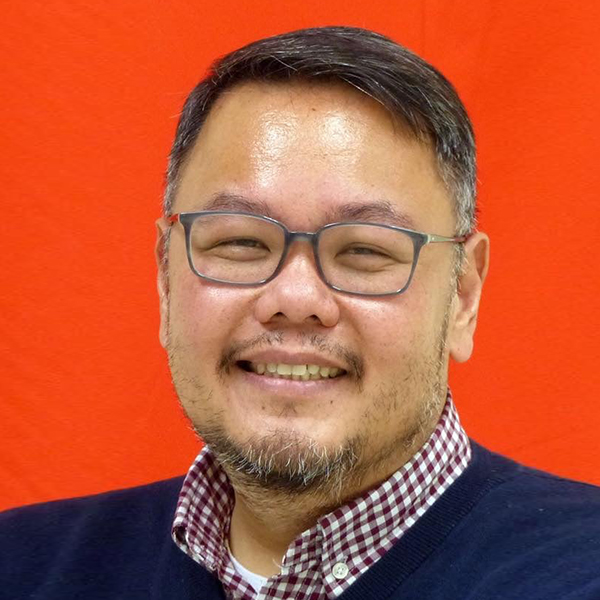 Nadia Subaran is the co-owner of Aidan Design, a design firm that specializes in residential kitchens and bathrooms.  Nadia has a Bachelor of Architecture from the Cooper Union for the Advancement of Science and Art in New York City.  Nadia is the proud parent of a GenOUT singer and is passionate about art, design, music, and social justice. 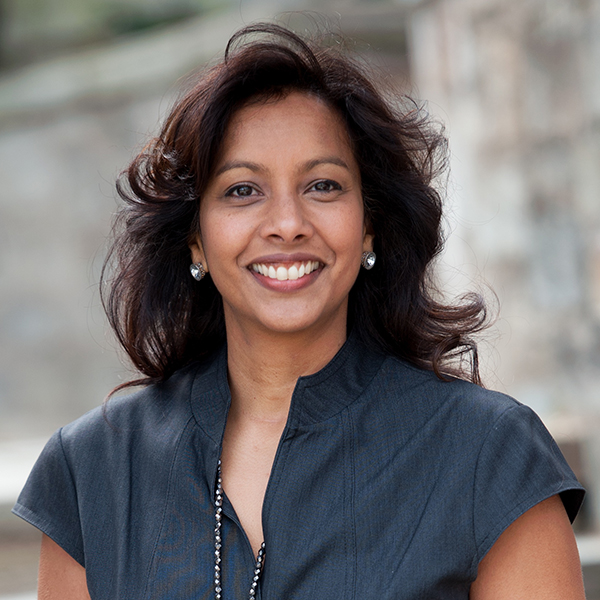