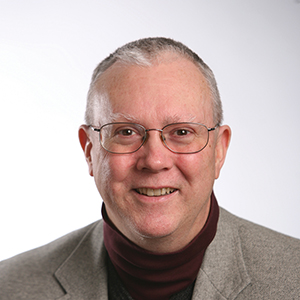 Now in his 37th season as GMCW’s principal accompanist, “Dr. Teddy” began his musical life in his native College Park, Georgia, with piano lessons from his mother at age three, an Atlanta television appearance at age four on Freddie Miller’s Stars of Tomorrow and formal piano lessons with Regina Pudney at age five. At age 11 he began organ lessons with his then next door neighbor, Frank Willingham. By the time he was a senior in high school at Woodward Academy and studying piano with his aunt, Eliza Holmes Feldmann, then artist-in-residence at Brenau College in Gainesville, Georgia, Teddy was accompanying five choral groups and playing five church services every week. He went off to colleges with various scholarships and assistantships and eventually earned five degrees in keyboard performance (three in piano, one in harpsichord and one in organ) from the Universities of Georgia, Wisconsin and Maryland, as well as the Peabody Conservatory. He spent an idyllic summer in England studying piano with Denise Lassimonne in 1984. Aside from GMCW, Dr. Teddy is the organist-choirmaster at Christ Church Parish Kensington (Episcopal); accompanist for the National Philharmonic Chorale, where he was recently given an award for his 30 years of service to that organization, and associate director-accompanist for the Central Maryland Chorale. He teaches on the staff of the University of Maryland School of Music (where he also served for more than 30 years) as a coach-accompanist.