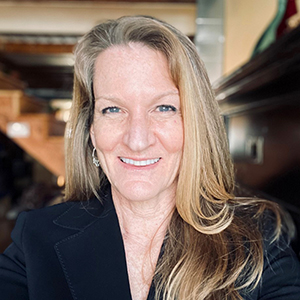 Dr. Thea Kano, a Northern California native, became active in the arts at an early age. She started playing piano at age four and began taking ballet soon after, a background that has a strong influence on her conducting. Dr. Kano’s graceful yet commanding presence on stage and the robust performances she obtains from her musicians have basis in her formal training as a dancer.

Dr. Kano has conducted an extensive range of repertoire with several ensembles, including the Angeles Chorale, The Washington Chorus and the Gay Men’s Chorus of Washington, DC, for which she also directs its acclaimed ensembles, Rock Creek Singers and Potomac Fever. A champion of music education, Dr. Kano has devoted countless hours to students of all ages and backgrounds. She believes in the power of music to nurture and believes that classical music should be accessible to all. Dr. Kano’s substantial experience in this arena includes: building partnerships with organizations serving disenfranchised adults, hosting workshops with at-risk youth, leading youth arts programs of all sizes, as well as directing award-winning high school and collegiate choruses.

In addition to her work with GMCW, Dr. Kano founded the New York City Master Chorale in 2005 and served as the artistic director until spring 2019. The 80-member group is recognized as one of the finest vocal ensembles in New York City and has performed to sold-out audiences on two continents. Dr. Kano is known for her expressiveness and dynamic conducting and the Chorale has been praised for its balance and richness in tone in performing a variety of musical styles. Under her direction, the Chorale made its debuts at Lincoln Center (2006) and Carnegie Hall (2009), as well as its international debut in Paris, France (2011).

Dr. Kano received her doctorate in choral conducting from the University of California, Los Angeles in 2004. At UCLA, Dr. Kano studied under Donald Neuen, her professional mentor. For her dissertation on Duruflé’s Requiem, Dr. Kano completed research with L’Association Duruflé in Paris and studied privately with Paul Salamunovich. Dr. Kano holds a Master of Music degree from UCLA and a bachelor’s degree in choral music education and piano performance from Arizona State University.