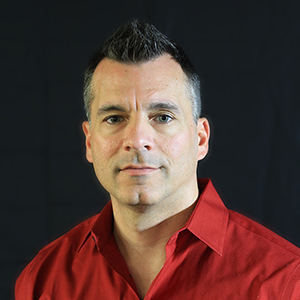 Craig’s first two interests growing up were art and theater. Now, he gets to combine both of those loves in his work for GMCW. By day, Craig is the director of marketing and communications for GMCW and a freelance graphic artist. In his spare time (what’s that?), he choreographs the Chorus productions as well as around the area, including GMCW’s dance ensemble 17th Street Dance.

Originally from Baltimore, MD, Craig began dancing at the age of 14. He has an extensive background in theater, primarily musical theater, having performed all over the East Coast. He toured with productions of A Chorus Line and 42nd Street, in addition to many regional, summer stock, and dinner theater credits. Craig has also worked extensively as a director and choreographer. Some shows he has directed and/or choreographed include Cabaret, Thoroughly Modern Millie, The Will Rogers Follies, Annie, Hair, The Rocky Horror Show, Carousel and West Side Story to name a few. Craig has choreographed all major concerts and productions for the Chorus since 2006 (save for one show.) In 2013, he directed and choreographed One Night in New York! at the Capital Fringe Festival where it went on to win Best Show, and his choreography was praised as one of the best in DC. He holds bachelor degrees in art (graphic design and illustration) and theater, and a masters degree in arts management. He is also a freelance graphic designer and illustrator and loves to do comic book illustrations.